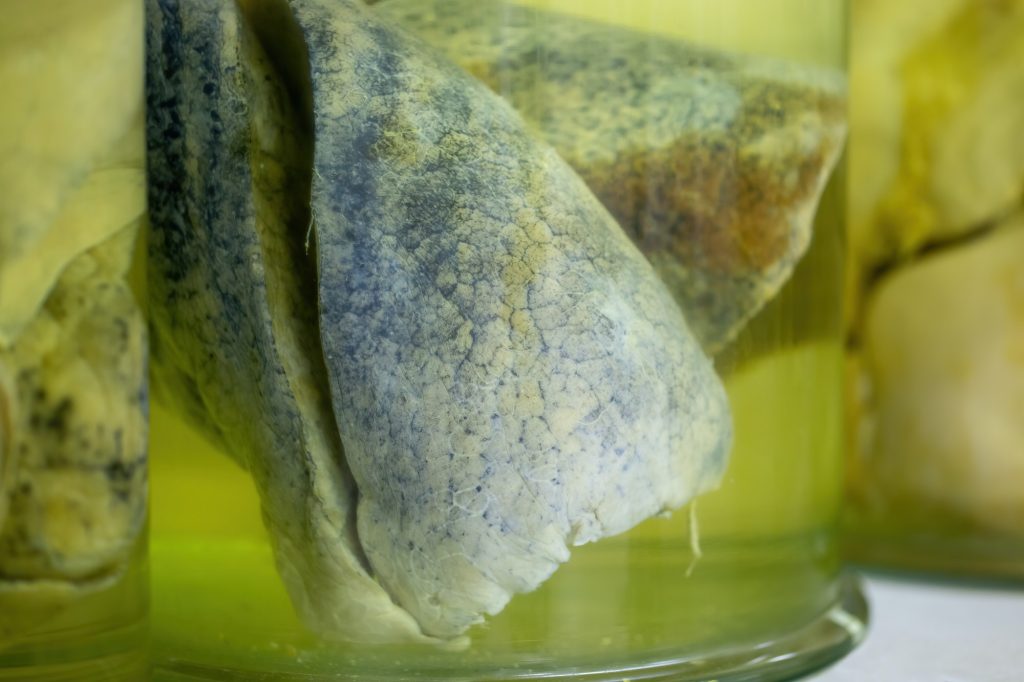 Scientists at IORS, supported by the Science Fund of the Republic of Serbia, in collaboration with the Institute for Pulmonary Diseases of Vojvodina and the Pulmonary Diseases Clinic, University Clinical Center Nis have provided an up-to-date overview of the current epidemiological situation concerning lung cancer in Serbia published by Cavic et al. in Journal of Thoracic Oncology. This article belongs to the Editorial: Lung Cancer Worldwide published by JTO in an effort to provide evidence-based recommendations for future global strategies for the management of lung cancer.

In this article, it has been reported that the incidence of lung cancer in Serbia has increased over the past 3 decades. Latest available data from 2020 revealed that 36% of the adult population in Serbia were smokers and that almost half (48.9%) of the population over the age of 15 were exposed to second-hand tobacco smoke every day. It is estimated that 15,000 people die in Serbia from smoking-related disease every year. In an effort the combat the rising trends, the first lung cancer screening program in Serbia was developed by the Institute for Pulmonary Diseases of Vojvodina, organized and granted by the Provincial Secretariat for Health Care of Autonomous Province of Vojvodina.

Both invasive and noninvasive diagnostic procedures for lung cancer are distributed throughout secondary and tertiary health care facilities in Serbia. Molecular testing from tissue and liquid biopsy (only for EGFR, ALK, and programmed death-ligand 1) is only performed on-demand by a multidisciplinary tumor board because of reimbursement issues and is centralized in three certified centers, with an average of 10 days to final results. Lung cancer is operatively treated by about 60 thoracic surgeons in seven medical centers. The number of patients who are finally selected for surgical treatment is usually small owing to late diagnostic evaluation, which results in an advanced stage of disease at presentation and has been especially low in the past 2 years during the coronavirus pandemic. Concerning radiotherapy, eight radiotherapy centers across Serbia have modern equipment with linear accelerators using three-dimensional conformal RT, intensity-modulated RT, and rapid arc techniques. Systemic anticancer treatment is delivered mostly by internal medicine specialists who have a subspecialization in oncology and, in some institutions, by pulmonologists. Medical oncology has been recognized as a separate specialization since 2015.

Recognizing the growing importance of precision medicine, an enthusiastic group of scientists used their knowledge to build a comprehensive center for molecular diagnostics. The implementation and improvement of genetic testing in LC and other solid tumors were the backbones of a national grant received from the Ministry of Science in 2011. This grant allowed many students pursuing a doctorate to complete their doctoral theses in the field of molecular oncology, whereas senior researchers participated in a plethora of educational meetings, raising awareness of the importance of molecular testing in lung cancer. Serbian researchers have been involved in a variety of European and global initiatives in the field of LC research, such as the MSCA-RISE Project LungCARD, H2020-HCO-RIA Project SmokeFreeBrain, TERAVOLT, TRACEPIGEN, and others.

The article concludes that the response to Lung cancer screening in Serbia is still low and needs to be increased. The regional pilot program needs to be expanded nationally, and health education on the importance of early detection programs. Specialists necessary for systematic management of screening follow-up must be more involved. Although various government and investigator-initiated smoking cessation programs exist, there is a strong need for more aggressive and continuous campaigns aimed at young individuals. Screening programs for individuals who never smoked should also be considered in the future. Improvement in the timely availability of radiologic diagnostics and both invasive and noninvasive diagnostic techniques are also necessary for Serbia. Access to cancer care innovations, including wider accessibility of clinical studies, needs to be intensified and guided by consensus actions to reduce further inequities in cancer outcomes currently observed between high- and low/middle-income countries. 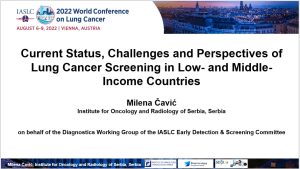 Participation at the IASLC 2022 WCLC World Conference on Lung Cancer

TRACEPIGEN participant Milena Cavic attended the World Lung Cancer Congress (WCLC22) organized by the International Association for the Study of Lung Cancer (IASLC) in Vienna, Austria, August 5-9, 2022. WCLC22 is traditionally the world’s largest international gathering of clinicians, researchers and scientists in the field of lung cancer and thoracic oncology. The congress covered a 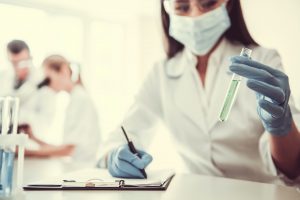 Visit to the UCL Cancer Institute

As part of the TRACEPIGEN project, Dr Ivana Boljević spent two weeks in July on a short-stay secondment at UCL Cancer Institute, Department of Cancer Biology, Medical Genomics group (London, UK). She was hosted by Prof Stephan Beck and Dr Nnenna Kannu. During this period, she gained insights into the ongoing projects at the UCL, 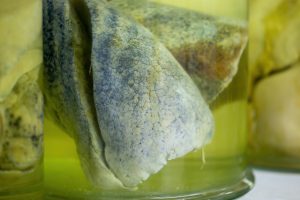 Lung cancer in Serbia Scientists at IORS, supported by the Science Fund of the Republic of Serbia, in collaboration with the Institute for Pulmonary Diseases of Vojvodina and the Pulmonary Diseases Clinic, University Clinical Center Nis have provided an up-to-date overview of the current epidemiological situation concerning lung cancer in Serbia published by Cavic et al. 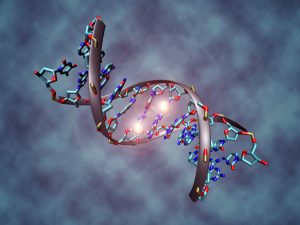 The right tool for the job: Benchmarking kits for DNA methylome analysis

Scientists at IORS, supported by the Science Fund of the Republic of Serbia, in collaboration with Beck lab at UCL Cancer Institute have performed a systematic benchmarking of sequencing-based methods for measuring DNA methylation and developed a framework for data integration across different platforms in a paper published by Tanić et al. in Nature Biotechnology. Epigenetics 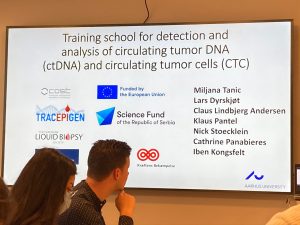 Training school for circulating tumor DNA (ctDNA) and circulating tumor cells (CTC) was held on March 28-30, 2022, at Aarhus University Hospital in Denmark. It was co-organized by TRANSCOLONCAN COST Action together with DCCC Danish Research Center for ctDNA, TRACEPIGEN (Science Fund of the Republic of Serbia), and the European Liquid Biopsies Academy- ELBA. TRACEPIGEN

Training the new generation of scientists in the hot topic of liquid biopsy biomarkers. TRACEPIGEN project will co-organize the Training school for circulating tumor DNA (ctDNA) and circulating tumor cells (CTC) in collaboration with COST Action TRANSCOLONCAN, the European Liquid Biopsy Academy, and the Danish National Research Center for ctDNA. The workshop will take place